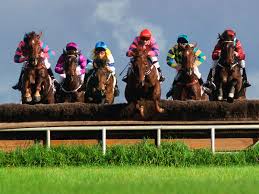 What does betting on the ponies have to do with marketing?

Back in the late 1970s, Professor of Marketing Ruth Bolton and her husband, Professor Randall Chapman, saw an opportunity to try out a new tool to explore one of the foundational questions in marketing: how do people make decisions about brands? Chapman had studied choice modeling at Carnegie Mellon University, home of Charles Manski, who had developed choice modeling. At Queen’s University, Bolton was looking for dissertation research topic. Wouldn’t it be interesting, they thought, to apply the new model to horse racing?

Academics often like to use sports data exploring business and policy questions, Bolton explains. As marketing scholars, she and Chapman wondered how well the new modeling approach would handle a novel choice problem. Horse racing provided an arena for exploring this question: it provided abundant data, through the Daily Racing Forms, and each race represented a choice set — although in the case of horse racing “nature chooses the winning horse,” Bolton explains. Another element that was needed was a wagering algorithm to replace the primitive scoring methods gamblers used to pick horses. “This type of complex problem is where an academic was needed,” Bolton said.

The couple gathered data from eight pari-mutuel tracks, collecting facts about the horses, win/loss records, jockey statistics, etc. Next, they removed the long-shot horses, leaving entrants whose performances might reasonably be predicted. To that they added additional information, such as weather and track conditions — all of it publicly available.

The next question was how to bet. They postulated that in order to make money, you’d have to place more than one bet. Decisions would be made based on the odds as gamblers made their bets during the run up to post time. The multinomial logit model they constructed would make the picks. The research showed that although the model wouldn’t win every time, over the long run a gambler using it could make money. Bolton and Chapman talked about trying it out with real money, but the timing wasn’t right: you would need computers and servers, a high-speed phone line and funds – none of which the young couple could supply. They moved on to new research problems.

So, they submitted their article to the journal, Management Science, where it was published in 1986.

The other side of card-counting

Sometime after that, a professional gambler in Las Vegas found himself in a predicament. Bill Bentner had discovered card-counting and had been making money playing with a team. But casinos ban card-counting, and eventually Bentner and the rest of his cohort was caught and black-listed.

A recent story in Bloomberg Businessweek tells what happened next. Clearly, they needed a different game, so they turned to horse racing. The lucrative horse racing pools in Hong Kong offered the biggest potential, but how to win? Unlike Las Vegas, where the odds are set in advance and favor the house, in Hong Kong pari-mutuel odds are updated as gamblers place their bets. The house takes 17 percent, another chunk goes to charities and the state, and the rest is split up among winners. According to the article, “To make money, Benter would have to do more than pick winners: He needed to make bets with a profit margin greater than the club’s 17 percent cut.”

Bentner took to the library to figure out how this could be done, and he found Bolton’s and Chapman’s research paper. He studied the logit model, and over the following years he tweaked it, some of the changes made with the help of Chapman. And, just as the paper predicted, he made money — an amount just short of $1 billion, Bloomberg reported.

Bloomberg Businessweek wasn’t alone in its fascination with Bentner and his academic inspiration. British author Adam Kucharski interviewed Bolton last year for his new book, “The Perfect Bet: How Science and Math Are Taking the Luck Out of Gambling.”

It’s a great story, but there’s more here for marketers than just the entertainment of a good yarn.

“This shows unambiguously that when you use the right model it pays off in a business context,” Bolton says. A “fancy model” changed the way gamblers bet, she points out, and in business, fancy models can change the way managers make decisions, too. “Businesses ask, ‘how do I make customers stay longer and buy more, how do I engage them, how do I provide service?’” she says. “In a really colorful way, our model showed that choosing a brand is like choosing a winning horse.” Marketers can work with the insights they find within the choice process.

When Bolton was beginning her research, big data was optical data from supermarkets.  Advances in technology now make it possible to collect even larger pools of data, including information gleaned from social media. Still, Bolton says, the field is in its infancy in terms of figuring out what to do with it. She references a recent paper in the Journal of Marketing that pointed out that the statistical analyses of big data in many companies is “primitive – they are just using descriptive statistics,” and are not benefitting from linking to other sources of data. “The moral of the horse racing study was that it matters how you use the data.”

But things are moving. Until recently, companies were hiring technical people for Chief Technology Officer or Chief Information Officers positions. “They threw money at technology, but they didn’t know what to do with it,” she says. In recent years, she’s noticed that the budgets are going back to the Chief Marketing Officers, who understand the business issues and know what to ask: who know technology and business.

She adds that W. P. Carey’s Master of Science in Business Analytics is preparing students who understand both sides of the data opportunity. “This is the frontier,” she adds. “Not many schools are doing this.”