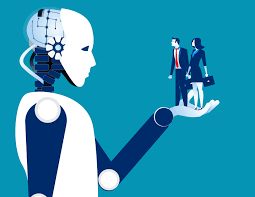 Companies be warned. People have troubling concerns about emerging technologies that would probably surprise your managers and executives — and these people include employees as well as customers. As a society, the big kitchen-table talk that we need to be having concerns our fears about the ways our role as humans may change in the future. If we continue to dodge this discussion, look out.

That’s the observation of Charlie Oliver, CEO of Tech 2025. From her listening post Oliver hears those questions and concerns. Tech 2025 is a series of lectures, think tanks, and symposia designed to bring people deeply involved in developing new technologies – academics, business people and government officials — together with interested citizens. What she’s learned is that the experts are often surprised at what the public knows about disruptive technologies like Artificial Intelligence (AI). And the same experts are sometimes astonished at the insights and solutions those technology laypeople propose.

Oliver is one of the mainstage speakers at the Compete Through Service Symposium, hosted by the Center for Services Leadership October 24-26 in Scottsdale. This year’s themes are “Tech that Propels the Future of Service and Mastering Service Culture.” Oliver’s topic will be “Conquering Our Chronophobia: From Fear of the Technological Future to Confronting the Elephant in the Room.”

It’s critical that all parties look that elephant in the eye, Oliver says. The Mission AI website reports that “worldwide spending on artificial intelligence and cognitive systems will increase to $46 billion in 2020, up 768% from 2016.” The tech giants spent $20-30 billion on AI in 2016 alone, added to some $10.8 billion in venture capital invested at the same. The impacts will rain down on employees as well as customers. McKinsey estimates that by 2030, 400-800 million jobs will be replaced by automation.

The numbers could lead the brain down some dystopian paths. What will work look like in 20 years? What if someday no work remains for human hands? What does that mean in a society that — like it or not — orders its members based on their jobs?

“I don’t think I know anyone who wouldn’t be concerned about those things. No one should apologize that they’ve thought about extreme scenarios after considering the possibilities for AI,” Oliver says. The impact may well be universal, but the dialogue about advanced technologies is not taking place often enough in the public square – or during the employee meeting.

Oliver, who is also CEO of the digital media strategy, product development and branding firm called Served Fresh Media, says that companies waste their human capital if they do not engage with their employees about technology. It’s a mistake to think employees outside of the IT department do not understand tech. At Tech 2025 programs she’s witnessed a dramatic shift: people who were wowed by tech 10 years ago have had smart phones almost that long, and they’ve seen what the computer in their pockets can do. They are more sophisticated, and less star struck. In the past, tech was something that flowed down from the upper echelons. These days, she says, smart companies are tapping the hands-on tech expertise that virtually all of their employees possess.

Unexamined assumptions – such as an attitude that line employees don’t have anything valuable to contribute to a technology rollout – pose huge risks, she says.

Take self-serve automation. Leadership may assume that cashiers would welcome the kiosk in the lobby because it will make their jobs easier. But what happens when customers can’t figure out how to order on the kiosk? Or when a kiosk customer gets twice the food he thought he ordered? Or when the kiosk breaks down, but the point of sale system can’t switch over? “Less” work may actually mean more hassles – and cashiers may decide it’s not worth it.
Part of the issue here is the astonishing and naïve assumption that the shiny new tech won’t fail.

“Researchers tell me that what doesn’t get talked about is that 90 percent of what’s tried in the lab does fail,” Oliver says. It may seem like AI and other technologies are forging ahead unrelenting. But, she says “there will be roadblocks.”

Harvesting employee knowledge and attitudes about automation is only possible, Oliver says, in an environment where it’s safe for them to speak up about their assumptions and fears. That’s a culture issue, and it’s not easy to resolve. “This can all be mitigated if companies create channels internally where these conversations can take place safely.”
The trouble with the future is that we don’t really know what it will look like, Oliver says. For that reason, it’s important to be able to be able to think beyond present limitations.

“Our assumptions are blinding us to our potential,” Oliver says.