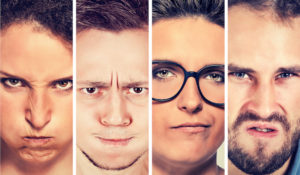 The breakfast buffet is closed when a customer arrives looking for scrambled eggs; a flight is delayed. Service failures may or may not be the providers’ fault, and they may affect a single customer or a group. But importantly, service failures are often unpredictable. A study published recently in the Journal of Service Research sheds light on the way groups react to service failure–which can be very different than when an individual experiences the failure–and recommends that companies plan in advance for the unexpected by establishing processes to deal with groups.

People involved in group service failure often experience more dissatisfaction and anger, and are more likely to complain, than those who experience an individual service failure. Previous researchers focused  on the processes at work within a group during the service failure, but until this study no one had looked at customers who do not know each other or interact with each other experience a failure

The context for a service failure is also important. Sometimes the circumstances  are ambiguous, such as the study scenario about a free buffet “all morning” that actually ended at 11:00. The information communicated was imprecise, a failure of the provider, but it was the customers who showed up late. “We argue that the way individuals use different information depends on their beliefs and motivation,” researchers wrote, leaving room for a self-serving bias to come into play.

Researchers also reported that people will choose information that supports their positive self-concepts, and they will draw conclusions about  service failure even before they know all the facts. Some customers, including those in customer rewards programs, feel a heightened level of entitlement leading to a high self-assessment which leads them to reject any information suggesting they share fault.

These factors combine to create more blame for the provider in group service failures than individual.

For the full study, see the Journal of Service Research. (A fee may apply.)