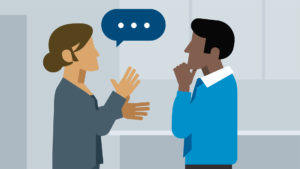 It has become fairly common for researchers to investigate the concept of value co-creation (VCC) in the business-to-business (B2B) context. However, the plot twist known as value co-destruction (VCD) has now been thrown into the fray. One study, recently published in the Journal of Service Research, sought to help explain the relationship between service provider-customer interactions, resource-integration (RI), and VCD in terms of the B2B environment.

The case study collected and compared data from eight cases at a large Scandinavian engineering consulting firm that was engaged in public infrastructure projects. Researchers conducted 10 workshops to observe the projects and also conducted face-face interviews, informal conversations with workshop participants, and oral and written reports by the eight project managers. They chose to focus on a recent branch of research that defines value as the “variations in the amount of capital owned by any actor after he or she interacts with other actors in the same field.”

The results from the data collected indicate that there are four forms of capital affected by VCD practices:

Value-minded B2B relationships are characterized by managers who allow access to capital and provide opportunities to exploit that capital across project disciplines and functions. Recognizing and counteracting the VCD practices at the advent of a project helps move away from VCD and toward higher social and symbolic capital.

“Similarly, managerial policies that facilitate the integration of cultural and financial resources among the participants in B2B relationships are most useful to avoid losses in cultural and economic capital.”

To capitalize on the full article, go to the Journal of Service Research. (A fee may apply.)