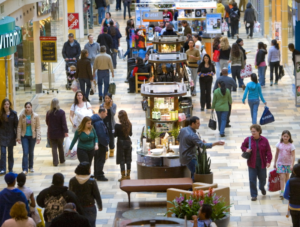 If it’s true that nobody likes to be left out, then this author really wishes tomorrow’s date, February 29, could talk because just imagine everything that that particular date has missed out on. Being excluded from every person’s calendar for 3 years straight does sound rough, but one form of exclusion that people experience, social exclusion, is a tough battle in its own right. While there is research that has examined socially excluded people’s behaviors and practices in service settings, there is still work to be done when exploring their behavior in other consumer settings.

In an article recently published in the Journal of Business Research, the research team conducted 3 studies to analyze the impact of social exclusion on consumer behavior in regards to crowded retail environments. Through the use of surveys, researchers were able to successfully identify the mediating factor that determine social exclusion’s influence on consumer habits and behaviors.

Study 2 replicated the methods of Study 1 with the exception being that the social inclusion condition was switched to being the no exclusion condition. The results were conducive to Study 1’s with the key finding being that consumer mood and hedonic shopping behavior (e.g. consumers enjoying shopping) were ruled out as alternate explanations. The final study replicated the methods from the previous two studies and the results aligned with the previous findings. Researchers found that social exclusion had a significant, positive effect on motivation to affiliate and motivation to affiliate was discovered to be the mediating factor.

The key insight offered up by this research article is that retailers might actually benefit from perceived crowding when it is aligned with marketing tactics involving social exclusion and subsequently the motivation to affiliate. They offer the example of Valentine’s Day, a time when retail environments seemed to be focused on enticing consumers who are in romantic relationships. Walmart, however, has a recent strategy of encouraging single women to celebrate Galentine’s day (February 13th) and also promoted Valentine’s Day shopping to as a way to celebrate any loved one.

“Retailers might further enhance this type of strategy by offering promotional deals that encourage crowding during specific timeframes, or by promoting store events as an opportunity to mingle.”

Don’t exclude yourself from this captivating research! To read more, go to the Journal of Business Research at this link. (A fee may apply.)