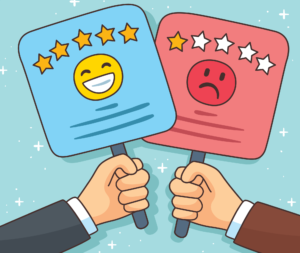 IKEA is a furniture retailer that has become world renowned for many reasons, including the frequency in which customers get lost in their stores which are known to be as expansive as the Palace of Versailles. One of the main reasons that IKEA has stood apart from other furniture outlets is that, by designing and selling ready-to-assemble furniture, they are a key player in the self-service industry. Self-service settings have begun to proliferate the modern world and with them a new plethora of challenges have been brought forth to the service research community. One such challenge, is the issue of service failure. Obviously consumers aren’t excited about service failures in any context but little is known about the potential differences in which consumers react to service failures in a self-service versus full-service setting.

This is why a pair of researchers examined how failures in self-service settings differ in terms of their impact on consumer behaviors such as re-usage intentions. In their article, which was recently published in the Journal of Services Marketing, they explored the role of internal attributions of service outcomes to better understand where consumers place fault when these self-service failures occur. Researchers designed and used two studies to uncover this as well as the moderating factors at play.

Participants were given scenarios in which they had a train trip to plan and used either the railway company website to book the trip (self-service condition) or they went to the service counter to purchase a ticket (full-service condition). But the catch was that both conditions required them to make a change of trains. As one could deduce, the trip goes awry as both scenarios see the participants not catching the second train due to not enough time being allotted to change trains. Researchers then measured participant’s reactions and, to little shock, they found that service failures negatively impact service satisfaction. A bit surprising was that the negative impact of service failure was of equal strength in both conditions and, even more shocking, that the reusage intentions were comparatively higher in the self-service condition.

Study 2’s goal was to reaffirm the findings of the first study as well as examine if internal attributions of service outcomes could help explain why consumers might react differently between the two service settings.  Participants were given a scenario where they either moved and assembled a piece of furniture (self-service condition) or they had the furniture store’s employees move and assemble a piece of furniture (full-service condition). After measuring participants’ outcome satisfaction, reusage intention, and internal attributions, the researchers carefully analyzed the data and discovered something:

“Higher degrees of internal attributions for service outcomes as induced by self-services – when compared to full-services – reduce the dependency of future service usage on satisfaction with previous experiences, such that even after unsatisfying events, the willingness to reuse the same service delivery mode remains at a relatively high level.”

If you want to learn more about the differences in consumer reactions to service failures between the aforementioned service settings, go to the Journal of Services Marketing at this link. (A fee may apply.)