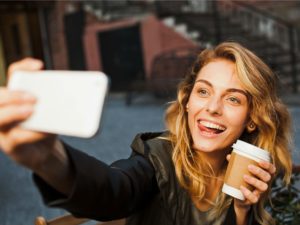 The year is 2020 and being an Instagram model is now a profession. While it might seem that everyone is attempting to be an influencer or trendsetter in some capacity nowadays, not everyone can be. One’s identity in terms of which trendsetter group (i.e. trendsetters, early adopters, late adopters and reluctant adopters) they fall into can be of crucial importance for retailers to better comprehend. Specifically, the money attitudes and the phenomenon known as consumer tendency to regret (CTR) differentiate between the groups.

In a study recently published in the International Journal of Retail & Distribution Management, the researchers broke down what a money attitude is before gathering participants for a questionnaire. “Money attitudes is defined as a stable pattern of cognitive, emotional, motivational and perceptual practices with respect to some aspect of money,” the researchers noted. The money attitudes are power/prestige, distrust, quality and anxiety. They also focused the questionnaire on two forms of CTR: tendency to regret purchasing (CTRpurchase) and tendency to regret not purchasing (CTRnot purchase).

Over 200 undergraduate students from a U.S. mid-western university completed the questionnaire that included the three items of the money attitudes scale, the CTR scale, and the trendsetting questionnaire. One item in the CTRpurchase subscale reduced the reliability to an unacceptable level so that item was deleted but all other scales met research standards.

The results of this study are beneficial to for fashion retailers because they help retailers understand young trendsetter in regard to their consumption value such as money attitudes and their post-purchase behavior.

“Retailers might actually benefit from strategies to reduce consumers’ negative emotions (e.g. anxiety or distrust) and to encourage consumers’ consideration of positive aspects of products such as social or personal benefits,” the researchers suggested. This is a noteworthy find as it is commonplace among the retail industry to encourage customers to buy and buy now.

They also suggest that retailers develop strategies that might consumers with regret over purchasing, such as a liberal return policy.

To learn more about your own trendsetter groups, you can read the full article at the International Journal of Retail & Distribution Management at this link. (A fee may apply.)