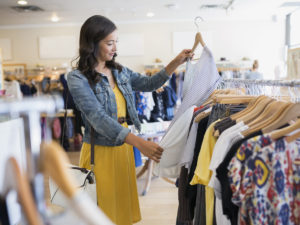 Saturday Night Live has produced a grand amount of hilarious, gut-splitting moments since its inception way back in 1975, with many of these moments coming in a fictional service setting. One such moment has gone on to live in the annals of comedic history and of course this is in reference to the iconic Jeffrey’s skit starring Jimmy Fallon with then guest host Sean Hayes. The two play elitist retail employees who are seen offering snarky and uncalled-for insults to their customers. The skit concludes with the store manager (Will Ferrell) riding in a motorized scooter, using a hilariously tiny cell phone, and announcing to his two employees that they were to depart for a fashion show in Milan immediately. All three of the Jeffrey’s workers aired voices of arrogance with Hayes and Fallon showing little concern for the customers’ feelings. In other words, they were in agreement on the service climate of their store.

Service climate refers to the extent to which people who work for an organization share the perception that the policies, procedures, standards, technology, and expected employee behaviors emphasize and facilitate service excellence. In one research article, which was recently published in the Journal of Service Research, the researcher examined how the level of agreement on service climates influences store turnover and sales performance. He also predicted that employees-customer (E-C) fit would impact store turnover. E-C fit refers to the shared perception that the personalities and values of the employees are similar to those of the customers.

Conducted via a web-based survey, invitation letters that included links to the survey site were sent to a major international retailer based in Canada. After a screening process, the researcher had collected adequate responses from 753 frontline employees and 125 managers working across 125 stores. Having collected the responses, the researcher was provided turnover data for one year after the survey was taken, with turnover being assessed as the percentage of employees who voluntarily left each unit. In that same timeframe, he was also given sales data via company records.

Of much surprise, the results indicated that high levels of agreement on service climate lead to levels of store turnover that were equivalent to those of low levels of agreement. “More specifically, store turnover decreases when agreement on service climate moves from low to medium levels, and it increases when the agreement moves from medium to high levels,” the researcher noted. This might be due to the old adage of “too much of a good thing can be bad for you” because when the service climate is very high, the expectations regarding customer service may be excessive and extremely difficult to satisfy.

The results also showed that E-C fit had a sporadic effect on store turnover. E-C fit moderates the effects of agreement on service climate on store turnover more-so when there is disagreement on service climate perceptions. Specifically, turnover was lower in stores where employees overestimated the service climate and higher in stores where the manager overestimated it. “Given that high customer fit may elicit a greater emotional attachment and responsibility toward customers, some employees may have decided to remain despite their poor match with the service context.”

To read the full article, go to the Journal of Service Research at this link. (A fee may apply.)